To Whom It May Concern,
I sit here, now, in a place I call “real life.” Many of you are familiar with “real life.” I don’t think I need to provide a definition of “real life” because thats just not the kind of blog post this is going to be; the kind that needs to explain what “real life” is and isn’t.

Instead, I’ll explain where I’ve been this last weekend.

It was a place where everyone involved, at one point or another, asked themselves, quietly or aloud – “Is this real life?”

The question was obviously rhetorical. It was glaringly obvious that it was not “real life” – “real life” being generally regarded as a “you know it when you see it” kind of thing.

I spent my weekend at The Lost Sierra Hoedown. Population: awesome. 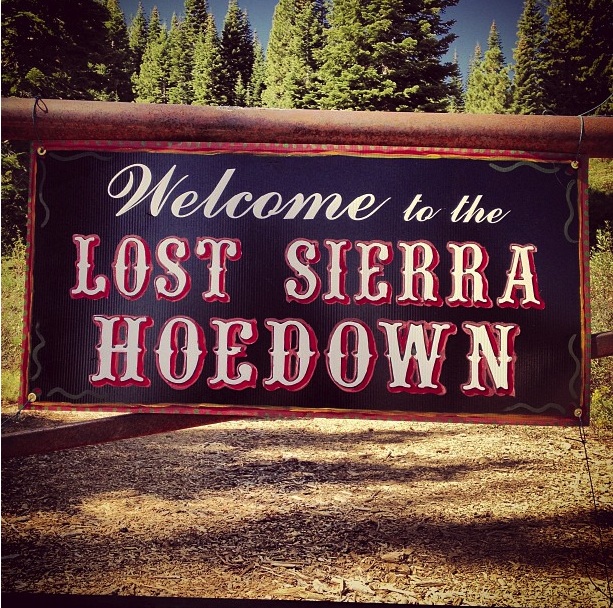 To begin I must disclaim that I arrived at the Johnsville Ski Lodge at 5 o’clock saturday morning after a 12 hour drive. My mind and body were confused as to what they had done to deserve this punishment, so my immediate priority was not sleep, but closure. To convince my earthly mortal bits that the drive was over and we had all arrived together (my mind, my body and I) I decided to take a walk around the grounds of the Hoedown, collect myself, and perhaps find a place to take a nap that was not my car. My car and I needed to spend some time apart, as part of our continuing healthy relationship.

What I found delighted me.

The Hoedown had begun the previous day. I dreamily strolled over the crest of a hill, moistened by early morning drizzle to discover a village of tents, a 100 year old ski lodge , and a small platoon of up-all-night hoedowners reveling in the afterburn of memory and morning twilight. I knew I was in the right place. I also had a visceral feeling that I was late to a very memorable party. I laid my sleeping bag down on the lodge floor made of thick century old lumber. The deep musk of history and the occasional waft of whiskey took turns forcing themselves on me as I tried, somewhat passively,  to sleep.

The next day (two hours later):

The morning was grey and wet and cold and windy and awesome because we made it that way. I stumbled out of the lodge with my face poking through a hole in a big black trash-bag. I decided to forego ripping arm holes for the sake of keeping dry. Think – penguin.

The tent village was alive with activity as hoedowners were battening down the hatches that had been un-battened during the stormy night. At first glance it seemed miserable. People were wet. People were hungover. People were smiling. Smiling?  – like crazy people.

What about it? The Lost Sierra Hoedown team had it under control. Easy-ups went up easy. And the stage began its migration into the Lodge, the very same lodge that for a hundred years had kept the skiiers of old warm and dry between rides up the poma and screaming longboard runs down the Lost Sierras.

There were a few hours in the afternoon when the sun came out,

when the flora and fauna were all “SUUUUP! IM SUPER GREEN!” and  fun activities were abundant. Theodore Lovely practice jammed, while in the distance, disc golf discs spun authoritatively through the air only to be lost in the manzanita. Hikers wound their way up to eureka lake for a dip. And the sun, for a few satisfying hours, was the life of the party.

Then the sun began to set and Theodore Lovely took the stage. There had been a few bands, and a few hours of drinking before we started to set up, and it was apparent that this was going to be one of the most fun loving audiences we’ve ever played for. And from the very first song ( a song written specifically for and about The Lost Sierra Hoedown) the show was wild. If there was any test of that ski lodges architectural soundness, the boot stompin, hoot hollerin, and knee slappin of that crowd was it. 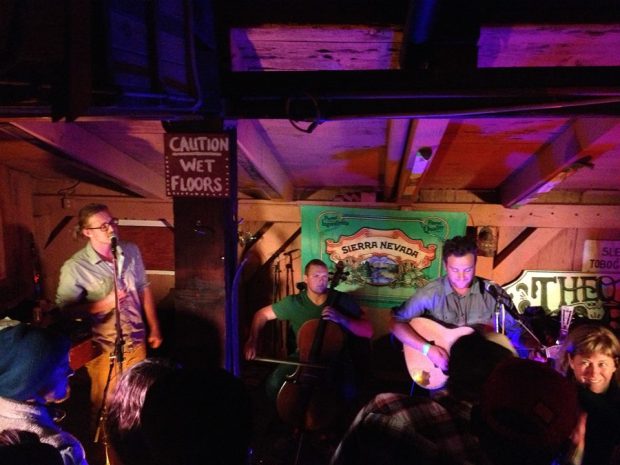 Dreams came true that saturday night. The night was dry, the fire pit became the center of attention and those who couldn’t get enough sat inside the lodge as the bands of the day melted into the orchestra of the night. 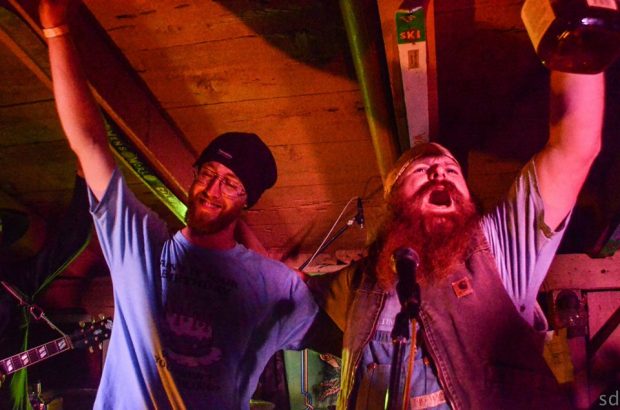 SO you may be thinking, “whats so special here? it was a cold, rainy day followed by an evening of cramming into a scary building with no running water or working toilets. Sounds like the annual possum hunt at my uncle Reemus’ house!” Let me tell you, the difference between The Lost Sierra Hoedown and Uncle Reemus’ possum hunt was this –

Every one at The Lost Sierra Hoedown was there on purpose and had a purpose. And it’s those people who showed up; stomped until the souls of their shoes melted away, braved the rain from the inside of a trash bag or leaky rain parka, yelped a “YEEEEEEEEEWWWWW” whenever the spirit of the hoedown burst from their bellies, danced the rhythm of that good ol’ american music, cared for one another and the environment by showing it, and smiled and smiled and smiled. It was the people that took The Lost Sierra Hoedown from the realm of “real life,” and it was the people that made it magic.

These photos were stolen from various facebook pages and instagrams. Internet.